9 Worst Cars You Can Buy

9 Worst Cars You Can Buy 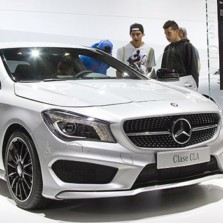 Driving would be a lot more fun if the only thing consumers had to consider was the car’s physical appearance, but alas, practicality must be considered. Many people, especially in large metro areas, spend far more time in their vehicles than they care to admit. While it certainly feels good to drive a shiny, flashy new car off the lot, it doesn’t feel so good to sit on the side of the road, or pour a significant chunk of your paycheck into the gas tank. People’s needs vary. A single person isn’t likely looking for the same features as a buyer with a family. One person may need additional seating; another wants cargo space for sporting equipment. Consumer Reports inspected several models so that you will know which to avoid.

The subcompact Mirage is described as “sensible, adventurous, and made for those that do” and “the most fuel-efficient gas powered non-hybrid car in America” by its manufacturer, Mitsubishi. It seats five, boasts plenty of cargo space, and gets 37 miles per gallon. For a price range of $12,995-$16,995, that is not too shabby. Unfortunately for the petite vehicle, Consumer Reports has found a few flaws. Drivers best be patient as the three-cylinder engine means sluggish acceleration. It also handles clumsily. The interior feels cheap even if the passengers are afforded a reasonable amount of room. Consumer Reports rated the reliability as average, but concluded that the consumer’s money is better spent on a used car in the subcompact class. If you prefer new, the Toyota Yaris was the top-rated compact car.