9 Ways to Get Huge Tax Credits

9 Ways to Get Huge Tax Credits 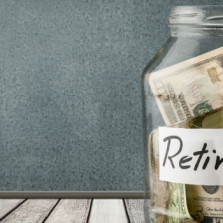 The American society functions on tax payer dollars, and it is an unfortunate truth that all citizens must somehow pay money to make money. There are times when the government generously rewards you with a wealthy tax return, but other times you may be slammed with an unanticipated paycheck owed to the IRS just because you made a little more money than you did last year. In order to avoid giving up hundreds and sometimes thousands of hard earned dollars each year during tax season, there are a handful of personal habits and major life decisions to consider before submitting that final form. Here are 9 ways to get huge tax credits on events and items that you may not have thought of.

The Earned Income Tax Credit supplies a healthy amount of cash back for tax payers who make less than $14,820 if they are single head of household citizens without children in the 2015 tax year and up to $47,747 if they are single head of household tax payers with three or more children. Married couples may also be eligible for the Earned Income Tax Credit if they file jointly and make less than $20,330 for a combined household without children or up to $53,267 for a combined household income and three or more children. Eligible taxpayers should also have a valid social security number, be a citizen of the United States, be filing as an independent, be between the ages of 25 and 65, and meet the income requirements for the associated tax year. Earned income accounts for all tips, wages, income generated from self-employment, as well as income received from disability. The less income you receive for the given tax year, the higher the credit you are likely to be eligible for.