10 Worst Cities in the United States for Violent Crime

10 Worst Cities in the United States for Violent Crime 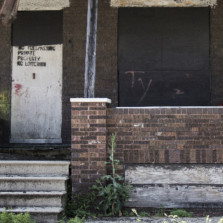 Cities often have much to offer in terms of activities and industry. Unfortunately, along with all the bustle there is the possibility of large amounts of violent crime in certain places. Every city has its positives and negatives. Safety is a significant concern for people looking for a place to visit or even settle down. It’s important to know as much about a city if you intend to live there. Even if you’re just visiting, it’s a good idea to make certain you are going to be safe. With that in mind, here are the 10 worst cities in the United States for violent crime.

Kansas City, in Western Missouri, is among the largest cities in the Midwestern United States. Overall, it has a violent crime rate of 1,417.3 crimes per 100,000 people, and is safer than only 4% of United States cities. According to the FBI, in 2013, the crimes included 99 murders and 3,726 assaults. The safest neighborhood in Kansas City is around NW River Road and NW Union Chapel Road. The neighborhood is wealthy, is highly family friendly, and has a good public education system. The majority of homes in this neighborhood are large single-family houses. Among the least safe areas of Kansas City is the City Center. This neighborhood has a relatively high vacancy rate and an extremely high childhood poverty rate, 72.3%. So in general, staying away from the City Center and heading more towards the edge of the city is a good way to stay safe.