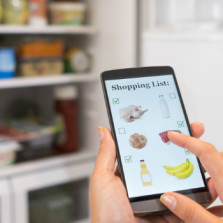 Hollywood movies have been predicting all sorts of things would happen by the current time, including apocalypse, hover boards and video phones. Some predictions have come to fruition, while others haven’t. The question is, how far along have we really come? Very far in fact. The following will give you a glimpse into how technology is improving and lengthening the lives of retirees.

One of the worst feelings for a retiree is when they realize they are no longer capable, or allowed to drive. Driving is likely something a retiree has been doing for no fewer than 50 years and then suddenly, your children or doctor approach you with concerns about your ability to drive safely. It can be heart wrenching and frustrating to give up your car, but in the future you may never have to. In fact, many predict that in the future we’ll all travel in self-driving cars some day and the roads will be a much safer place.

Luckily, advancements are quickly being made in self-driving cars. Some states have even begun the process of accommodating for these cars in their state motor vehicle laws. While many of these cars already exist on the roads and highways as prototypes and trials, it is probably 5-10 years before you begin regularly seeing a driverless car at the stop light next to you.