11 Cheapest Places in the US to Buy a Home

11 Cheapest Places in the US to Buy a Home 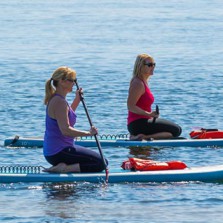 A house is usually the biggest purchase a person will make in their lifetime. Home costs vary widely throughout the country, with houses in and closer to big cities usually having larger price tags. We’ve collected data using market analysis for each town based on market values, as well as average home price listings, currently reported on Zillow.com. The results of this analysis offer a pretty diverse range of options in a multitude of states across the nation. Not in any particular order, here are the top 11 cheapest places in the US to buy a home.

The city of Detroit came in as the cheapest market to buy a home. That is not entirely surprising as they have been hard hit by economic decline with the fall of the once-thriving local automobile industry. The city even filed for bankruptcy in 2013 as many houses and buildings sat empty, and many property owners failed to pay their tax bills. Recent years have seen attempts by the government and citizens to improve conditions by tearing down vacant buildings and cleaning up neighborhoods. Landmark buildings are being revitalized and put back to use. The median home price in Detroit as per Zillow, is $39,100. Buying is typically cheaper than renting here, with the median rental prices between $750 in Detroit and $1,000 per month in the metro area. The median household income is $26,095. Detroit’s population is 677,116. That number climbs to over four million when including the entire metro area.

The average value of a home in Cleveland is $56,300, with the median price being $63,500 in the metro area, according to Zillow. The median household income is $26,179. Located on the southern shore of Lake Erie and on the Cuyahoga River, residents experience humid summers and snowy winters. The economy is highly reliant on steel and manufacturing and the healthcare industry. Cleveland is also home to the Cleveland Clinic, rated one of America’s best hospitals. University Hospitals of Cleveland is also based here and is a respected cancer treatment center. The city has actively recruited technology companies to relocate here. Residents have access to many leisure opportunities, including three major league sports teams, the Cleveland Botanical Garden, the Rock and Roll Hall of Fame, a casino, and numerous art and history museums. The population is 388,071, but more than two million encompass the general metro area.