10 Cheapest Places to Live in the US

10 Cheapest Places to Live in the US 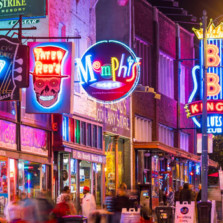 There are a wide range of options when it comes deciding where to live in the US. Some people prefer to stay close to where they grew up. Others may venture further away to find affordability. There are other factors, such as climate, cost of living and job opportunities.  Other things which weigh into finding the cheapest places to live also include: the local economy in general, property taxes and general living expenses, as well as the crime rate.  Here’s what was found to be the cheapest places to live in the US based upon overall desirability and cost of living.

The college town of Fayetteville has been listed as the fourth and fifth cheapest place to live by the Council for Community and Economic Research in recent consecutive years. Forbes rated it one of the “Best Places for Business and Careers.” It’s the third-largest city in the state and home of the University of Arkansas. WalMart’s headquarters is nearby and the superstore giant is a major player in the local economy. The low property taxes, averaging around $3,000 per year, also contribute to the lower cost of living. The average home price is $228,200 and the average rent on a two-bedroom apartment is under $600. The overall cost of living is 15.4 percent less than the rest of the country. U.S. News & World Report ranked it the third “Best Place to Live” and one of the “Best Places to Retire” in 2016.