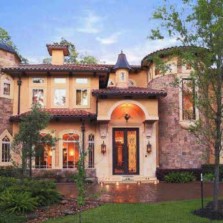 Westover Hills is a small Texas community in Tarrant County near the northeastern corner of the state. Approximately 682 individuals inhabit Westover Hills and possess a median income of $98,573. The tiny city is only 0.7 square miles of land in total, however it is currently ranked as the 3rd wealthiest town in all of Texas. Residents are predominantly of white/caucasian background while less than 2% of the population is made up of any other racial descent. Out of only 258 documented households, nearly 80% of them supported married couples while 1.9% of all homes were led by a single female. Westover Hills was considered the wealthiest town in Texas back in 2000, however the community’s worth has since fallen to spot number three according to the 2010 United States census.

Barton Creek is located in Travis County and is currently the 2nd wealthiest place in Texas with a median income of $110,504 according to the 2010 United States census. Approximately 3,077 citizens reside in the census-designated place, which can be found just seven miles outside of downtown Austin. Residents rely on the unconventional cultural dynamics in Austin for their fill of diversity. Over 93% of Barton Creek citizens are of white/caucasian descent while only 2.39% are African American. About 67.6% of households are inhabited by married couples while 22.3% are single individuals. Professionally speaking, residents likely commute to Austin for work with its abundance of opportunities in different thriving industries throughout the metropolitan area. Barton Creek residents may also take advantage of Austin’s exciting nightlife and food culture with world famous multi-media festivals such as SXSW, which attracts thousands of visitors every spring.