11 Cheapest Places in Ontario Canada to Buy a Home

11 Cheapest Places in Ontario Canada to Buy a Home 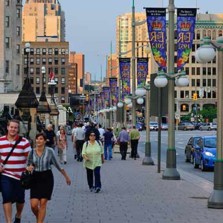 The province of Ontario is home to over 13 million people. It’s famous for its many lakes—there are over 250,000 lakes in Ontario, and these lakes have one-fifth of the world’s water supply. Ontario has numerous farms and rural areas as well. It’s also home to the largest city in Canada with Toronto and the capital of the country with Ottawa. Ontario truly has something for everyone, for those who prefer rural towns to those who like the action of big cities. Some places in Ontario are more affordable to live than others, though. If you’re thinking of moving to Ontario, this list of 11 affordable cities and towns will help you choose a place that’s perfect for you.

The city of Windsor’s median house price is $174,800 CAD, much lower than many other comparable cities in Ontario. This city of about 200,000 people has tons of different events throughout the year, including the Harrow County Fair, a book festival, and a lights festival in winter. The city also has many different museums and cultural sites, including the Canadian Transportation Museum and the Amherstberg Freedom Museum. On nice days, you can enjoy the city’s gorgeous Dieppe Gardens. This garden is located on Windsor’s waterfront, and it offers amazing views of the Detroit skyline. The city of Windsor is also a great choice for anyone who likes traveling. The Windsor International Airport has daily flights to Toronto and Calgary. They also have seasonal flights to Orlando, Cancun, and Punta Cana.