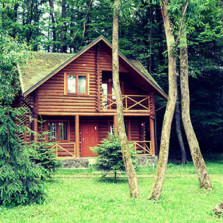 In the southwest corner of Michigan, within Berrien County, lies Michiana, a village with a population of less than 200 people. The area of the village is tiny, at 0.37 square miles. The median age of residents is 63 years old, and more than 85% of the population is over 45 years old. The per capita income is $63,558. Only 1.1% of the population falls below the poverty line. The village is known for having log homes which were built in the 1920’s. It is a popular vacation home area, particularly for Chicago residents, as it is relatively close by. Michiana is entirely residential, and is secluded and safe, separate from industry or urban living.

Bloomfield Township is a much larger area than those previously mentioned, with a population of over 41,000 and an area of 26 square miles. The median age of residents is 45 years, with a population including people ranging from children to seniors. The per capita income is $62,716, and 2.5% of the population falls under the poverty line. The township is the most expensive community in which to live in Michigan. Bloomfield is home to the Detroit Skating Club, at which numerous world-class figure skaters have trained. The town has both public and private schooling options. Professional, science, and technical industries make up 18% of Bloomfield Township industry, which is significantly higher than in Michigan overall. Other important industries include transportation equipment and health care.