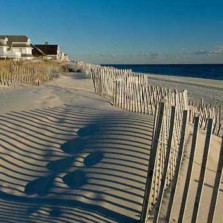 The tiny neighborhood of Teterboro has a population of only 67 people. A cozy place to settle down, its median per capita income is $72,613. As for diversity, the population consists of approximately 46% White, 35% Hispanic, 9% Multiracial, 3% Black, 3% American Indian and 3% Asian. Around 29% of Teterboro’s residents hold a bachelor’s degree. Some of the more popular career choices in the area are public administration and architecture. For entertainment, there are many parks, fitness facilities and family-friendly children’s centers. In close proximity to big-city attractions, this small town is only 8 miles away from the island of Manhattan.

A bustling place to live, Bernardsville offers a friendly population of 7,345 residents with a median per capita income of $69,854. Fortunately, the town seems to be a great place for job seekers since it boasts an unemployment rate of a mere 1.4%. If you’re pursuing a career in finance or education, Bernardsville is a great place to be as many of its residents enjoy thriving careers in these industries. As for diversity, the population consists of roughly 83% white residents, 12% Hispanic residents, 3% Asian residents, 1% Multiracial residents and less than 1% Black residents. If you’re looking for a safe place to call home, the area offers a crime rate that is much lower than the national average. Full of farms and wildlife, Bernardsville is the place to be if you’re looking for peaceful outdoor living. Offering water activities such as kayaking, tubing and white-water rafting, it is also a fantastic place for water-sport enthusiasts.