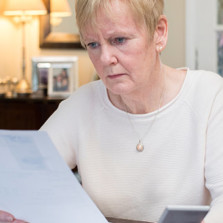 Until you reach the age of 50, you can contribute up to $18,000 a year to your 401(k). Once you hit 50, though, you can contribute $6,000 more a year in catch-up contributions. If you started saving for retirement late, these catch-up contributions can be hugely beneficial for you. If you contribute $24,000 to your 401(k) from the ages of 50 to 65 and your account has an annual return rate of eight percent, you could save $703,783 by the time you’re 65. Many Americans don’t take advantage of these catch-up contributions, which can cost them thousands of dollars. If you can, try to contribute the maximum amount each year after you turn 50. When you do this, you’ll be able to greatly boost up your nest egg before you retire.

9) They’re Dipping into Their Nest Egg Too Often

Life can be unpredictable, and sometimes, you may end up with expenses you weren’t expecting. To pay for these expenses, you might be tempted to dip into your retirement nest egg. If you do this too often, though, you could end up using most of your nest egg before you retire. To avoid this, try working on building a separate emergency fund that you can use for those unforeseen expenses. It’s a good idea to put windfalls into this account, like tax refunds and year-end bonuses. You could also look through your budget and see if there are places you could trim down your spending. If you have a separate fund that’s specifically for emergencies, you’ll be able to avoid tapping into your 401(k) or your other retirement savings accounts.