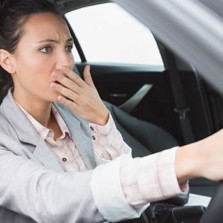 Inexperience behind the wheel coupled with misconceptions about driving is what cause most accidents involving new and or teenaged drivers. Not knowing how to react behind the wheel can be fatal. Parents, it’s very freeing when your teen begins driving. No more family taxicab. But, before you let your teen driver loose on the roads, you need to be confident they have a solid grasp of what they’re doing. Driver’s Education is a good start and helps on your car insurance, but practice makes perfect. Some newer model cars have (parental controls) the ability to restrict speed and radio volume when your teenager is driving. Coupled with the ability to track their location this should keep your teen driver calm behind the wheel.

Poor road conditions can get the best of even the most cautious drivers. Objects in the road can cause you to lose control trying to avoid whatever it is. Natural road hazards such as rain, snow and fog can all create limited visibility. Rain and snow can cause loss of traction even in cars equipped with ABS. Even if the ABS in your car stops you in time, doesn’t mean the car behind you can. Other road hazards like debris, pot holes, cracks, missing signs and especially Red-Light Safety Cameras. With the implementation of these ticket generating cameras, rear end accidents went up over 24%. It’s hard to judge the depth of a pothole when it’s full of water, hitting one can bend a rim or blow out a tire. Jerking your car out of the way to avoid one at the last second can result in much worse.

15) Not Being Aware of Your Surroundings

Whether it’s being distracted by the phone or the radio, having something on your mind or only focusing on the road ahead, many drivers are not aware of what is around them. Countless police and insurance agents have heard drivers say “Man! That car came out of nowhere!”. No, it didn’t! They just didn’t see it. Spend some time adjusting your car’s mirrors. Your side mirrors should be set so you can just see the sides of your car and level the rear-view mirror, so you can see behind you to the horizon. Don’t just drive! Especially in heavy traffic you need to watch the cars as far around you as you can in your well-adjusted mirrors. You need to be able to anticipate their actions. Not everyone signals. Just remember, they haven’t made a car yet that makes a better driver. Be aware and be safe.