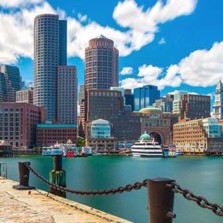 The adventurous outdoorsman will love living in Colorado Springs. Hiking, rock climbing, horseback riding, and white-water rafting are the norm. The iconic Pikes Peak, the highest peak in the Rockies, is the backdrop to this ruggedly beautiful city. Hike, drive, or cycle your way to the summit. The military has a strong presence, employing one fifth of the city’s work force. Colorado Springs houses the U.S. Air Force Academy and the North American Air Defense Command, among others. The city is also a center for space research. The unemployment rate is 2.7%, well below the national average. Colorado Springs cares about its residents, supporting entrepreneurs with a program aimed at assisting start-up businesses. The median household income is $54,500 and the average home cost is $228,600. A lower than average cost of living index pushes CS even further up the list.

It’s true San Diego is not the cheapest place on this list. It makes the cut due to its desirability factor. Residents here enjoy a laid-back atmosphere, access to dozens of beaches, and a sprawling, sunny coastline. The scenery here is gorgeous. Perhaps this is why San Diegans are known for being so outdoorsy and friendly. San Diego County houses over 3 million people, but there are plenty of beachside cities if you want to settle in a smaller neighborhood. The only drawback to living in San Diego is the cost of real estate. On average, a new home runs around $500,000. Median household incomes are comfortably above the national average at over $64,000. Crime in San Diego has decreased considerably since 2008, and is now lower than the national average. If you can afford it, San Diego is a great place to be.