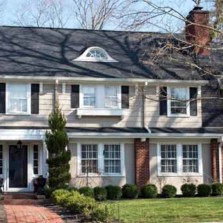 In a recent ranking of the wealthiest states in America, three New England states made the top ten — Connecticut, Massachusetts and New Hampshire. Vermont and Rhode Island made the top 20. Maine didn’t fare very well, ranking 30th, possibly due to a significant portion of the residents working in the retail sector, as well as having a sparser population by comparison to more densely populated states in the Northeast. Even within the wealthy states, there is disparity in the affluence of different areas. With that in mind, here are ten particularly wealthy neighborhoods in New England.

Greenwich landed a spot on Time Money’s “10 Richest Places to Live” list in 2016. While the median household income for Connecticut is $71,346, the median in Greenwich is $136,032. The national median income is $55,775. Connecticut’s median home value is $270,900, but Greenwich homes are frequently over the $1 million mark. Connecticut has high levels of education which is a major factor in the wealth here. In 2015, Zillow released a ranking of the most expensive streets to live on in America. Two Greenwich roads made the list. Conyers Farm Drive has a median home price of more than $13 million, and was once the home of actor/director Ron Howard and Judge Judy Sheindlin. Field Point Circle also made the list with home costs over $12 million.