10 Wealthiest Americans and How They Got Rich

10 Wealthiest Americans and How They Got Rich 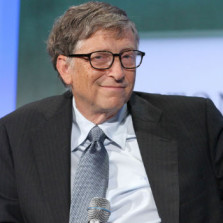 We often wish of becoming filthy rich and having no worries. This is easier said than done, but for some people their perseverance and creative minds have made them quite wealthy. This begs the question, how did these people become so rich? To answer that question and for your enjoyment, here are the ten wealthiest Americans and how they became so rich.

Chances are you have heard of Bill Gates multiple times in your life. He is widely known for jumpstarting the company Microsoft. Before the wealth, however, who was Bill Gates? He was a college student attending Harvard University. In no time at all Bill dropped out of Harvard, and he started focusing on launching Microsoft. With his friend Paul Allen helping him, Microsoft launched and Bill’s wealth started to take off. Bill’s original goal when launching Microsoft was to get a computer on every person’s desk. Today, 84% of U.S. households own a computer. It is because of Bill Gate’s endurance that Microsoft came to be. He dreamt, took chances, persevered, created and became the successful man we know of today. Bill continues to be successful in this day and age because he continues to endure, take risk, and create, although, you can also argue Bill had some luck as well. After all, the creation of Microsoft was one of the greatest jackpots in this century.