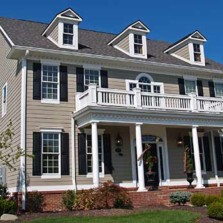 When you’re buying your first home, there are many factors to consider, from the cost of the house to job prospects in the area. To help new homebuyers, NerdWallet put out a list of the best places in the U.S. to buy your first house. They chose these towns based on the affordability of houses, the livability of the towns, and the stability of the house prices. In the end, they found that suburban towns are usually the most affordable to live in. They also found that states off the coasts typically have more affordable housing and jobs, and they often have good schools. If you need help choosing where to buy your first home, check out these nine towns.

Over the past two decades, the Indianapolis suburb of Carmel has almost doubled in size. There are now approximately 88,000 residents. People are attracted to Carmel because of its stable job market. The town has a low unemployment rate of 3.5 percent. It’s home to over 40 corporate headquarters. The town of Carmel also has a thriving arts and culture scene. Many of the town’s galleries are in the Carmel Arts & Design District in Old Town Caramel. This area has a variety of galleries and showrooms displaying works from well-known artists. They also hold the Guinness World Record for “World’s Smallest Children’s Gallery.” The town of Carmel also has twelve beautiful parks and numerous shops and restaurants in the Carmel City Center. The median home price in this suburban town is $289,100.

The town of Fishers, Indiana is another suburb of Indianapolis that’s perfect for new homeowners. The median home price in this town is $203,500. The town of Fishers is known for their many outdoor attractions, including Conner Prairie. This 800-acre wooded property is a home to an interactive history museum. There are also exhibits that discuss Indiana’s cultural and natural heritage. If you’re looking for a place to go for a nice walk, check out Flat Fort Creek Park. This park has a long boardwalk that loops around the park. It also has mountain bike trails. In winter, you can sled down the park’s 60-foot hill. The Nickle Plate District is another spot that’s popular with Fishers residents. In summer, there are often concerts in this district’s amphitheater. There are also many shops and restaurants at The Depot at Nickle Plate.