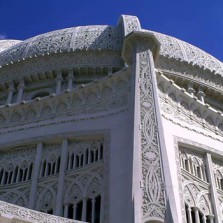 Essex Fells Borough is unique in the fact that it is nearly entirely residential with the exception of a couple of three-story office spaces. This is due to an ordinance passed by the Borough in 1928. For residents of this wealthy community with a population of 2,100, this keeps the community small and quiet. With a median household income of $171,681, nearly 40% of the borough can also claim incomes over $200,000 and average home values are around $820,000.

Most of the community’s wealth is due in part to the proximity to urban areas, as well as athletes, business leaders, and media personalities who have settled in the area. However, interestingly enough, one of Essex Fells’ most well-known past residents, Johnny Sylvester, isn’t known for his wealth as much as Babe Ruth’s famous promise to hit a home run for him in the 1926 World Series.

West University Place, nicknamed “The Neighborhood City” due to its community and family oriented feel, is essentially a commuter city for the affluent. Located within the industrial hub of Houston, the neighborhood uniquely has very few non-residential properties.

West University Place is very family oriented.  It places a strong emphasis on education and is noted as one of the most educated cities in America.  The neighborhood also has the largest Little League group in the United States with over 1,200 participating players.

The median income is $205,000 with home prices averaging $781,000. In addition, it ranks as one of the country’s highest percentage of incomes over $150,000 per year. While not the traditional affluent neighborhood with the sprawling estates you might find on the East or West Coast, West University Place has gone from 1920’s bungalows to modern Georgian Brick Manors built by what many consider yuppies of the 1990’s, or the Nuevo Riche.

Glen Ridge Borough’s trademark legacy is gas lamps. You read that correctly. Of the 3,000 gas lamps still in use across the country, Glen Ridge Borough has 655 of them. Founded in 1666 by 64 Connecticut families running from religious persecution, the small borough of around 7,500 can now boast as one of the nation’s wealthiest towns.
The median household income of Glen Ridge is $167,101, with median home values at $581,400. The borough is known for having an “old-world charm” to it, often in reference to the number of older homes. In fact, 72.8% of its homes were built prior to 1939!

Glen Ridge has been home to some of the country’s most well-known names. Tom Cruise spent much of his childhood here, graduating from Glen Ridge high school, as well as astronaut Buzz Aldrin, the second man to walk on the moon during the Apollo 11 mission, and several famous athletes and artists.

Dating back to the 18th century, and host to famous past residents including mobster Bugsy Siegel, Scarsdale has a long, influential history in the early United States. During the 1920’s, Scarsdale saw its first real-estate boom, as lavish colonial and Tudor style homes began showing up on tree-lined streets. Little has changed, except for modern updates to the homes.

The median income in Scarsdale is $233,311, with home prices averaging over a million dollars. With close proximity to New York City, and its location within the bounds of Westchester County, Scarsdale is even affluent for an area already known to be rich. While Scarsdale has a great diversity of famous writers, athletes, and celebs, the background of Scarsdale money comes in the form of finance with more than 10% of its residents working within the financial sector in some regard.
South Beach, or SoBe as it’s nicknamed, has a population close to 40,000, with a per capita income of $90,938.