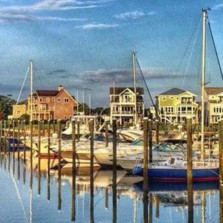 The beautiful state of North Carolina is a popular destination known for its beaches and Appalachian Mountains. Residents of states farther to the south often flock there in the summer months for cooler temperatures, and in fall, for the colorful foliage. The state is famous for its barbecue and seafood, as well as being the original home of Krispy Kreme. In 2015, Forbes rated North Carolina as the second-best state for business and it has been in the top five for a decade. All this appeal has drawn many new residents in search of jobs and created some of the wealthiest neighborhoods.

Rex is a census-designated place (CDP) in Robeson County. Covering only 45 acres, its total population was just 55 residents as of the 2010 census. It’s less than two hours from Raleigh and about 30 minutes from Fayetteville. There are currently no mercantile operations in Rex. The primary industry is farming and farming related industries. The average income is $148,073. It has two railroad crossing and its own Post Office as well as some longtime commercial businesses such as H.P. Johnson – General Merchandise, R.N. Johnson Grocery, and I.J. Williams Grocery.