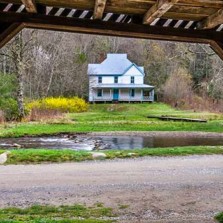 If you enjoy big city living, La Grange is not for you. But if living in a wealthy town with very few residents is more your speed, you should listen up. La Grange has a population of less than 140 people with a median age of 53.8, according to Sperling. The per capita income in this town is $38,626. The people here earn that in various job fields. In fact, almost 17% of residents have jobs they work from home for, according to Livability. There are several benefits of living in La Grange. For one, the crime rate is quite low; AreaVibes reports it to be 60% lower than Tennessee’s overall rate. Additionally, that same source reports that education here is good, such that this town has a higher graduation rate than the overall state rate.

Walden is a town of about of about 2,000 residents of whom the median age is 44, according to Livability. The per capita income is $37,287. This town has a suburban feel, with 77% of residents owning their home, according to Niche. The people of Walden are relatively well educated, with 54.5% of the residents having at least a bachelor’s degree, according to City-Data. Furthermore, over a quarter of residents have a graduate or professional degree. In terms of politics, most residents have recently voted Republican. Additionally, Walden is a pretty safe neighborhood. According to AreaVibes, the crime rate is 84% lower than in Tennessee overall. Yet another pro of living here is the weather. The average summer temperature is a very comfortable 77 degrees Fahrenheit, also according to AreaVibes.