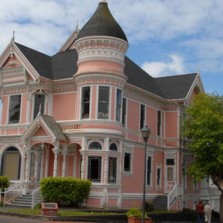 When you think of California, you probably imagine beautiful shorelines, craggy mountains, and laid back beachfront cities. California is known for its natural beauty, but many people think that to enjoy that beauty, you have to deal with a high cost of living. While houses in California’s major cities can get a bit pricey, there are plenty of smaller towns and cities where the cost of living is lower. These towns and cities offer the great standard of living that California is famous for. You’ll find these low prices in cities on California’s coast, inland cities, and suburbs of larger cities. If you’re thinking of moving to the Golden State, try looking for housing in these eleven cheapest California cities.

$291,400. This is much lower than other cities in the Bay Area. The city of Vacaville is a great place to live if you’re commuting to San Francisco. It’s also full of fun things to do. If you like hiking, head to Lagoon Valley Park. The 470-acre park has plenty of trails for hiking and mountain biking, and they also have a large dog park and disc golf. There are also lots of good places to shop in Vacaville. You can find great deals on clothes and other items at the city’s premium outlet shops. You can also shop for unique vintage wares at the Vacaville Vintage Market.

If you’re hoping to live in Southern California, La Mesa is a great place for you to look. In this city, the median home price is $481,000.

The city is just nine miles from San Diego, so you can easily take advantage of all the fun things to do there. There are also plenty of great things to do in La Mesa itself. On hot days, dive into the city’s municipal pool and do some laps. You can also check out the Art Walk in Downtown La Mesa. As you stroll through downtown, you’ll be able to see interesting works of public art. The city also hosts tons of different festivals throughout the year, including Oktoberfest, Park Appreciation Day, and a classic car and bike show. You’ll always be able to find something fun to do in La Mesa.

In the Northern California city of Eureka, the median home cost is just $207,300.

The small seaside city is known for its historic Old Town area, which is home to restored Victoria-era houses and buildings. The city is also a seaside esplanade that offers stunning views of the harbor and Humboldt Bay. You can also learn about Eureka’s maritime history at the city’s small maritime museum. Many residents of Eureka enjoy spending time outdoors in the redwood forests surrounding the town. The city is just a short drive away from the Humboldt Redwoods State Park, which has over 100 miles of trails. You can also fish or go boating on the park’s lakes. Or, you can take a drive through the 32-mile Avenue of the Giants, which gives you amazing views of the park’s massive redwood trees.

The beachfront city of Oxnard is located about an hour north of Los Angeles. When you’re living here, you can take advantage of all that Los Angeles has to offer without having to pay LA prices. The median home value in Oxnard is just $332,600, and the median home income is $62,349.

Residents and visitors alike enjoy watching the sunset on beautiful Mandalay Beach. They also enjoy touring the world-class wineries in and around Oxnard. The city of Oxnard is also famous for its close proximity to the Channel Islands National Park. It only takes 90 minutes to reach the islands from Oxnard’s harbor. This park is nicknamed “the American Galapagos” because of all the unique wildlife found in the park. The park also offers great opportunities for hikers, kayakers, and divers. The city of Oxnard is a beautiful town that’s perfect for anyone who loves sun and sand.

When you’re living in the coastal city of Ventura, you’ll experience the same natural beauty that you would get in nearby Santa Barbara at a much lower price tag. The median home price here is $485,000,

and the median household income is $66,485. The city has a hip, collegiate feel—there are two state universities nearby and three community colleges in Ventura itself. This city is a haven for artists, and has dozens of galleries. The city is also perfect for nature lovers—the Los Padres National Forest is just a short drive away. This huge forest has more than 1,200 miles of hiking trails, so you’ll always have something new to explore when you visit. The city of Ventura is also home to a tight-knit community of residents that are very welcoming to newcomers. These residents will help you feel right at home in Ventura.

The city of Simi Valley is located in Ventura County, and its median home value is $438,700.

The city is home to Santa Susana Field Laboratory, which has made major breakthroughs in rocket and nuclear technology. The city also houses the Ronald Reagan Presidential Library, which has exhibits about the fortieth president’s time in office. Residents of Simi Valley also enjoy spending time outdoors on the many hiking trails in and around the city. The city has over 50 miles of trails that offer beautiful views. You can also take your bike out on the city’s many bike paths. If you’re hungry after all that exercise, check out one of the many delicious local restaurants in Simi Valley. You’ll find cuisines from all around the world, making this city perfect for every foodie.

The city has tons of amenities for residents, including numerous shops, grocery stores, and parks. It’s also very close to Los Angeles—it’s just about 30 miles to Downtown LA. The city of Westminster is also just a short drive away from some of Orange County’s most famous beaches. It’s only 15 minutes from Seal Beach and the Seal Beach National Wildlife Refuge. It’s also 20 minutes away from Long Beach. There’s also plenty to do in Westminster itself. You can take in shows at the state-of-the-art Rose Center Theater. Or, you can enjoy the delicious local restaurants and cafes located through Westminster. If you’re looking for an affordable place to live in Orange County, Westminster is a good choice for you.