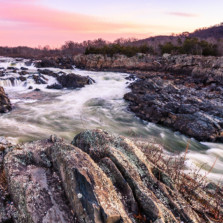 Centreville, which is located in Fairfax County, is a suburb of Washington D.C. The census-designated place is home to 71,135 people among whom the median age is 31 years old. Centreville’s per capita income is $47,358 and median household income is just over $100,000. Centreville has more racial diversity than many other areas of Virginia, such that over a quarter of residents are Asian, and there are significant proportions of the population who are Hispanic and Black, as well. The cost of living here is relatively high, but unemployment is lower than Virginia’s average. The most common careers in Centreville fall under computer and mathematical areas and management. The area is home to an airport and a college, and has other means of transportation and educational facilities nearby.

Tysons Corner is a community in Fairfax County, Virginia, with a population of around 20,000 residents. The median age of residents is 35.8 years old, and there is a slightly higher proportion of female than male residents. The per capita income in Tysons Corner is $47,292 and median home values are higher than Virginia’s overall median. Accordingly, the cost of living here is higher than the United States’ average. More than half of the residents over age 15 are married, and almost 40% of residents were born in other countries. Tysons Corner is less than 12 miles from Washington D.C., so there is easy access to the resources and activities of a larger city. Additionally, the unemployment rate is relatively low, and there is less inequality in education than there is for Virginia’s average.

Fort Hunt, a suburban area located in Fairfax County, has a population of over 16,000 residents spread throughout an area of 6.27 square miles. The median age in Fort Hunt is 45 years old, although there is a wide distribution of age ranges, from children to elderly people. The per capita income here is a comfortable $46,957 and, following that trend, the cost of living is higher than the national average. Almost everyone at least 25 years old in Fort Hunt has graduated high school, and over 75% of residents of this age have obtained at least a Bachelor’s degree. The main areas of industry are professional, scientific, and technical services, and public administration. The average number of people in each home is 2.7, which is slightly higher than Virginia’s average of 2.5. Additionally, the majority of residents, 55%, do not adhere to any religious system.

Belle Haven, in Fairfax County, has a population of over 6,500 residents, the median age of whom is 41 years old. The per capita income in Belle Haven is $46,483 and the median household income is over $100,000. Some of the most common jobs in Belle Haven are in executive, human resource, and administrative supervisor positions. There is also a large proportion of lawyers in this area. The most common industry is professional, scientific, and technical services. 94.9% of residents are United States citizens, which is higher than the national average. Additionally, the average commute to work is under half an hour. Yet another positive aspect of living here is that the poverty rate in Belle Haven, 6%, is lower than the national average of 15.5%.