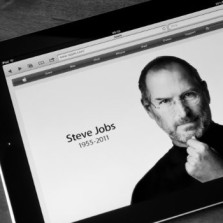 Believe it or not, there was a time when you could not pull information from one computer and transfer that information to another. But, then came 5.5″ floppy disks, then smaller discs, CD-ROMs, and finally USB flash drives. Flash drives come in many different shapes, forms, and have a broad variety of capacities.

While flash drives still serve a purpose for the everyday consumer, Cloud services are now taking over as the next greatest technology to come to portable information.

The Cloud is a vast security-protected storage database that enables users to access software, files, and information as long as they have an internet connection. By saying goodbye to flash drives, CD software, and other portable storage formats, people can now ensure that all of their information will be located securely and in one place.

Most businesses now have capabilities to utilize this storage at an affordable rate. So if you travel from New York to Tokyo, you can be assured that you will have access to your files and programs whether you are on a plane, in a hotel, or even in a cab or restaurant.