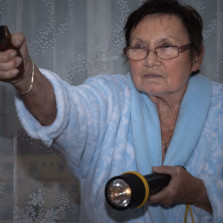 Gun Control Position:
Research increasingly challenges the notion of carefully contemplated suicide – we now understand that suicide tends to be a spur-of-the-moment decision. Moreover, states with a high rate of gun ownership have a suicide rate that is nearly twice that of states with low levels of ownership, but they share comparable rates of people with suicidal tendencies. In other words, unhappy people who have immediate access to a gun are 2-10 times more likely to commit suicide than those who don’t.

Gun Rights Position:
While the danger of an individual with suicidal tendencies may be reduced by the absence of firearms, stable and law-abiding citizens should not have to welcome greater danger for themselves and their families in order to reduce danger for a minority of the population. Anyone who is determined to commit suicide can do so, with or without the use of a firearm, and while guns may make it easier, they cannot be blamed for the ultimate decision. Moreover, the scope of one individual’s fundamental rights should not be narrowed because another individual may use those rights to inflict harm on him/herself.

5) No Matter What “Rights” Advocate Say, Assault Weapons Are Not Necessary for Self-Defense or Sport

Gun Control Position:
Bernie Sanders once noted that while he is pro-hunting, ‘…[N]o one needs an AK-47 to hunt.’ Similarly, an assault weapon would be overkill in any conceivable self-defense situation. Assault weapons should be banned altogether for civilian ownership, but if nothing else is done for the advancement of gun control regulation, assault weapons should have magazines that are limited to 10 rounds. After all, as Stephen King quips, “If you can’t kill an intruder with ten rounds, you need to go back to the shooting range.

Gun Rights Position:
The ability to defend oneself against a solitary intruder may be the greater focus of the conversation, but it is not the boundary thereof. The owning and bearing of arms is not only protected under the Constitution as a means of defense against armed burglary, but also against military invasion. If the U.S. Military became incapacitated by, for instance, nuclear efforts, the only remaining line of defense on American soil would be her citizens themselves. Additionally, armed robbery or assault could conceivably be attempted by an armed and organized group, as opposed to a single, armed perpetrator. Banning assault weapons would render any individual powerless against a greater threat than a single invader.